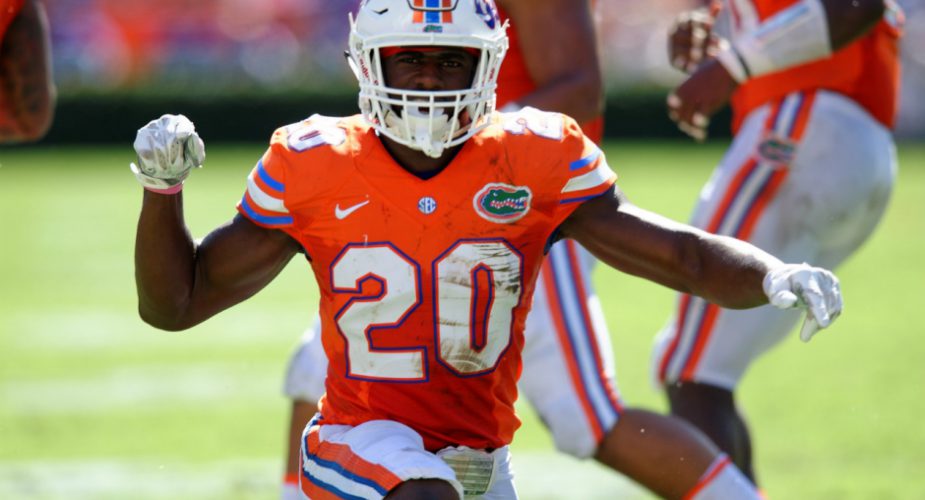 The New York Jets entered the 2017 draft with a total of seven choices to make.  Following a slew of trades, GM Mike Maccagnan added a pair of extra picks to leave the weekend with nine new players, five on defense, four on offense.  JetNation.com takes a look at each player and what they may bring in 2017 and beyond.

For the second time in three years, the Jets had a player who was regarded by many as the top talent in the draft fall in to their laps when Adams didn’t go in the top three as many had projected.  In Mike Maccagnan’s first draft in was USC defensive lineman Leonard Williams, who will now be joined by Adams as a cornerstone of the Jets defense for years to come.

A fundamentally sound and versatile defender, grabbing Adams gave head coach Todd Bowles a do-it-all safety to move around in his secondary in an effort to prevent opponents from regularly generating explosive plays on offense, a sight that was all too common last season.

With Alabama tight end OJ Howard on the board, the Jets passed up an opportunity to add an immediate difference-maker on offense, but there’s no denying Adams’ talent.

A likely replacement for safety Marcus Gilchrist, Adams was welcomed to the team via twitter by safety Calvin Pryor.

Welcome my brother @TheAdams_era 💯💯 let's get it 😈

But then this happened….

With another safety in round 2, the Jets front office drew the ire of plenty of Jets fans who were still clamoring for offense, but it’s a clear sign that the team has visions of pairing Adams and Maye on the back end for the short and long term future.

Choosing Maye means no more excuses on defense as Todd Bowles attempts to lead the Jets to the kind of season that will once again have him regarded as one of the top defensive minds in the NFL after watching his unit surrender 27 points or more on nine different occasions last season.

While not projected to be the player Adams is, Maye also brings a great deal of versatility to the Jets secondary, making Bowles’ goal of “interchangeable safeties” a reality.

Unlike Adams, Maye did not receive a tweet from Pryor welcoming him to the team.

Finally, the Jets go offense and they do it by grabbing a hard nosed wide receiver out of Alabama in ArDarius Stewart who, at first glance, looks like a toned down version of current Jets wide receiver Quincy Enunwa.

If the Jets do in fact deploy a west coast type of offense, Stewart will have a chance to shine given his willingness to go across the middle and absorb a hit while also showing the ability to make plays with the ball in his hands as Yards after catch (YAC) average was just over 10 yards per reception.  In fact, Stewart’s toughness drew an interesting comment from NFL insider Ian Rapoport, he said the Alabama product is “a badass”.

Regarding the value of the pick and whether or not the Jets would have been able to get Stewart later, according to NFL.com, the NFL draft advisory committee tabbed Stewart as a 2nd round choice, which played a role in his decision to enter the draft.

Another receiver here made little sense at the time, but makes a bit more sense as GM Mike Maccagnan announced to the media in his post-draft press conference that third year receiver Devin Smith will miss all of the 2017 season after suffering another torn ACL.

Hansen has good size at 6′ 2” 202 lbs and while his 40 time is far from elite at 4.53, he was able to break away from defenders regularly at Cal, due largely in part to his ability to hit top speed early on according to OptimumScouting.com.

Hansen’s final season at Cal drew praise from at least one AFC scout who said:

“I’ll bet you he will turn into a hot name during the draft. He’s kind of unassuming when you see him in person, but he’s a really competitive guy who plays bigger and faster than he might test. Coaches are going to love him.” — West regional scout for AFC team

In their post-draft grades, CBSSports.com gave the Jets’ choice of Hansen their highest grade (A+) of the nine players selected based on value and his impressive production during his final season at Cal when he caught 92 balls for 1,249 yards and 11 touchdowns.

Whoever is taking snaps from under center at quarterback this season will be a big fan of this selection.

Sticking with offense, the Jets address the gaping hole on their roster at the tight end with the 150th pick in Jordan Leggett out of Clemson.

NFL.com makes a curious comparison for Leggett in linking him to former Jets tight end Kellen Davis whose lone asset was his blocking.  Leggett is nowhere near the blocker Davis was made out to be, and his production at Clemson shows he’s more of a receiving threat than a blocker and it’s not even close.

During his time at Clemson, Leggett caught 112 passes for 1,598 yards and 18 touchdowns.

Work ethic is a concern for Leggett who has at times referred to himself as “lazy”.  With any effort at all, Leggett has a good chance to start for Gang Green, so his questionable work ethic will be under the microscope from the outset.

It wasn’t a question of “if”, but “when” in regards to the Jets selecting a player who fit Donahue’s profile as a high energy player with a non-stop motor.

New Jets outside linebacker coach Kevin Greene played the game much like Donahue and would likely have asked for a similar type of player to mold, which brings us to Donahue.

According to Eric Allen of NewYorkJets.com, Donahue is the first player ever to be drafted out of West Georgia, and his tape and numbers make it clear as to why.  Donahue regularly displayed great intensity which led to outstanding production.

In his last two seasons at West Georgia, Donahue tallied 25.5 sacks to go along with 37.5 tackles for loss.

According to Jets GM Mike Maccagnan, the Jets view McGuire as a return specialist early on, but one would imagine McGuire will likely have the opportunity to pick up some offensive reps along the way.

The 5′ 10” 214 lb McGuire who ran a respectable 4.53 40 at the combine, put up some big numbers over the course of the past three years, eclipsing the 1,000 yard mark every season while averaging an impressive 6.1 yards per carry over the duration of his collegiate career.

A dual-threat weapon, McGuire not only ran over opposing defenses, but racked up 130 receptions for 1,394 yards and 10 scores in four seasons.

McGuire’s once churned out 265 yards on the ground in a single game in facing Arkansas State in 2014.

With their penultimate pick, the Jets chose the tall, lanky Clark out of Michigan who checks in at ‘6 3” 220 lbs after completing a three year career with the Wolverines.

Purely a developmental player, Clark makes sense as the Jets passed on any cornerbacks in the earlier rounds, but will enjoy the opportunity to develop a physical defender who likes to mix it up at the line of scrimmage.

Once again, the Jets roll the dice on a project cornerback with excellent height at 6′ 2”, and plenty of potential.

As cited in his NFL.com bio, Jones may actually benefit from his lack of reps at cornerback as the converted wide receiver entered the draft as more of an unknown, likely allowing him to fall all the way to the 204th pick.

Todd Bowles knows his Jets need help in the secondary and Jones was the fourth defensive back chosen by the Jets. Along with Clark, Jones will look to make an impact on special teams while the pair hope to learn and grow at the pro level in to regular contributors.

Be sure to check out our complete 2017 NY Jets draft video below.