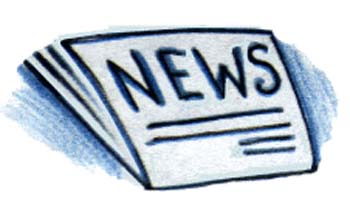 The media purports itself in many different fashions: Watchdog. Guardian at the gate. Informer of social ills.

To its credit, the media has broken many stories that have served society and the country well. It has created in a small measure a system of checks and balances that strive to keep government, big business and individuals honest to some degree. Or at least aware enough to cover their trail, if they are smart.

Where media has a problem is when it comes to sports. Is this to be treated as a news item? Or is sport an entertainment venue that gets kid glove treatment? The perspectives are gray and the opinions different. This is where the duality of sports coverage comes into play. The saying is that politics makes strange bedfellows. Well, when it comes to media and sports, these are your common kissinâ€™ cousins.

No sport creates a more unique challenge in its media coverage than professional football. These two have walked hand-in-hand to the altar and continue to re-wed themselves to the point that football is a multi-billion dollar industry, and television is reliant on football to support the rest of its programming. Television will actually use football as a loss leader to generate lead-ins to its prime time offerings.

No single revenue stream drives football profits, and ultimately football salaries more than the monies derived from television and radio rights. Pete Rozelle and his ultimate successor, Paul Tagliabue have been very calculated in the governing and marketing of professional football.

These men know where their bread is buttered, and that spread comes from media revenues. Even better, while they get paid for having their product showcased, they receive the added benefits of exposure and marketing. A pretty neat gig if you can get it.

Football has even been forward-thinking to re-invent itself and milk more of that media dollar. Monday night games. Sunday night games. DirecTV exclusive packages. Sirius satellite packages. The NFL Network. They have sliced this pie in so many pieces that everyone gets fed. And the NFL is gorged.

But, this drives us back to our dilemma of the purpose of media and its part in actually covering and reporting sports. News item or entertainment venue? And how can you adequately and objectively cover something that you have such a large stake in the ultimate success? Given these mixed purposes, one can begin to recognize a conflict of interest.

To be fair, we should not lump all media under one big umbrella and issue broad brushed statements that are meant to indict each medium in a wholesale manner. True, each medium has its own stake and claim and we should handle these individually.

On the surface, you would expect that the print media would be the one avenue that would have the least problem in dealing with the NFL in an objective manner. After all, print does not have any close partnering ties with the league that would inhibit the commentary and views. For the most part, when you examine print coverage, that is a true statement. But there are insidious factions.

The hardcore football fan will follow his team through any number of local daily papers. That is where one can expect to get the daily fix for the thirst of any news tidbit or morsel related to the local team. New York is a fortunate market in that it has several daily papers that are in circulation, so we should expect the coverage to be diverse and varied. Many smaller markets only have one daily paper, so in comparison the coverage should be narrower and less informed.

But that is not a true statement. If you were to monitor each of the New York papers during a NFL training camp, you would find that the diversity of story, between papers on any single day is not varied at all. As a matter of fact, on most days the topic of major importance is exactly the same in all of the papers. How is it possible that each paper decides to write an article on Ben Graham and his background all on the same day? Is this a mere coincidence that keeps occurring over and over and over again? The clubs help drive stories as they appear.

The trench soldier of the daily papers is the beat reporter. These gumshoe professionals will usually stay on a particular beat for an extended period. The more familiarity that a beat guy has, the better his coverage is, one should think. But remember the old saying: â€?familiarity breeds contemptâ€?? In the case of beat writers, this is partly true.

In order for a beat guy to come up with angles and views, he will need to develop friendships and sources within an organization. These will involve both players and front office personnel. It is also in the teamâ€™s best interests to treat these reporters well, but to keep them at an armâ€™s length distance. That is a difficult dance of many contortions.

Buffet trays are spread out for press conferences by the clubs for the reporters. At times, the beat reporters will find themselves flying on the same planes and staying in the same hotels as the team. Hotel bars are a consortium of stories that contain both fact and fiction, and the truth is never really sorted. All of these subtle gratuities become a lair of potential conflicts of interest.

Problems evolve as beat confidantes as well have their own agenda. Stories can become slanted in familiar angles as the same source is repeated. What happens as a source suddenly becomes the main story? How is a beat to handle that situation? Is it gloves off, or is there preferential treatment?

While the print media contains certain trappings, it is the electronic media where the hard rubs are buried.

Radio, while being the redheaded stepchild to big brother television, would seem an unlikely place to find biases. But, if you look at the relationships, the conflicts exist there as well. The rights to radio broadcasts for the clubs are negotiated individually by each team.

You can be sure that any financial deal that is brokered for the right to broadcast NFL games will contain certain assurances that the station will do everything within its power to promote the team and promote the game. That will include an unwritten agreement that said station will not portray the club in any bad light. There have been more than a couple of instances where teams have threatened renegotiation packages, or moved their games to another station entirely, based solely on how they felt the team was being commented on by radio personnel.

To even further protect their image, many of the commentators are hired employees of the NFL club whose game they are calling. Try and be objective with your job when your salary is totally compensated by the party that you are commenting on. Dave Jennings, who was fairly objective and sharp, if not fair in his analysis of Jet football, was unceremoniously replaced. Of course, it was not for his sometimes biting and analytical remarks about the club and their performance.

In the big scheme of things though, there is no more incestuous relationship than the one that exists between the NFL and television. These contracts are stratospheric in terms of dollars, and the best interest of both parties is to see the league succeed and be portrayed in best light.

There is no bigger player in sports broadcasting than ESPN. Entertainment Sports Programming Network. See, they knew what the goal was all along, get the entertainment in sports. They even furthered that image when they were purchased by parent company Disney, of course an entertainment company. These are big dollars we are talking about, ladies and gentlemen.

ESPN started well intentioned enough. They had highlight shows, critical break downs and analysis. They really were the pioneers in the manner that sports are reported on and packaged on television. But letâ€™s be clear, just reporting on sports was not enough for ESPN. In order to be a true sports network, they felt that they also had to broadcast the games that they reported on.

Once you enter that kind of arrangement with the NFL, and ESPN signed on for first a split season of NFL Sunday night games, then the full Sunday night package, and now starting in the 2006 season Monday night football, you have sold yourself out. The NFL will strip all of your ability to be objective.

Donâ€™t kid yourself, the NFL carries a pretty big stick and they will threaten to use it if necessary. When ESPN tried to flex its â€œentertainmentâ€? moniker and produce a drama â€œPlaymakersâ€? that is based on a professional football leagueâ€™s story line, the league recoiled. When Paul Tagliabue telephoned Michael Eisner (Disney CEO) and complained that the plots were too â€œone dimensionalâ€? (read too close to home), the series was cancelled after 11 episodes, even after it had garnered some critical acclaim and posted decent viewer numbers. That is power.

Now ESPN serves up â€œESPN Hollywoodâ€? which glorifies the athlete and the sports that they play. Hardly biting journalism.

ESPN is not alone when bowing down to king NFL. When was the last time you heard a hard-hitting journalistic investigation into anything that is NFL on your Sunday morning CBS or FOX pre-game show? They donâ€™t exist. Who wants to be the one that ruins a good thing for all of the parties?

Donâ€™t get me wrong, there are still many excellent journalistic probing vehicles in sports today. Sports Illustrated is an excellent source of writing and the occasional expose. ESPNâ€™s â€œOutside the Linesâ€? is renown for the in-depth quality of its show. HBOâ€™s Real Sports with Bryant Gumbel is particularly gripping.

But, when looking for realistic, in-depth reporting on your favorite team, beware what you digest. You may be left with a sour stomach.

The Most Wonderful Time Of The Year

Coming Back for More