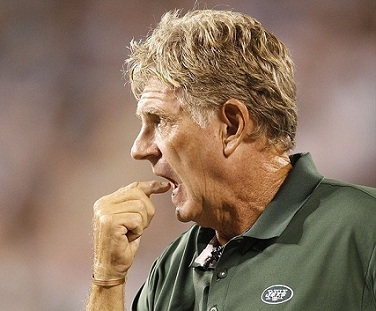 Often an overlooked aspect of football is the play of special teams (kicks, punts and returns). Special teams coordinator Mike Westhoff has long been considered one of the best at coaching his unit. 2011 however was not the best year for the Jets specials while there were positives and negatives.

The kicking game was definitely a negative as both kicker Nick Folk and punter T.J. Conley struggled. The Jets haven’t explored any former college kickers which is quite shocking. There were plenty of excellent kickers and punters in college football this year, to the point where even Mike Westhoff himself suggested the Jets may draft one towards the end of the draft. That didn’t happen so the competition will be limited.

The kicking game has two aspects, kickoffs and field goal/extra point attempts. The Jets kick coverage unit and Folk did a good job on kickoffs, 17 of his 81 KOs went for touchbacks, while holding opposing teams to a 21.2 yards per-return average with no touchdowns.  Folk was a perfect 44-of-44 at extra points but 19-of-25 in field goal attempts a 76% average which placed him 26 out of 31 kickers. 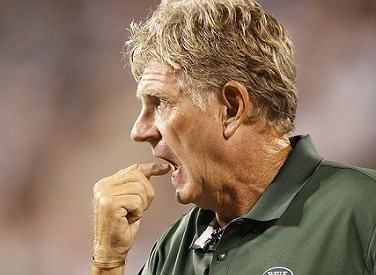 The Jets have brought in veteran kicker Josh Brown who has played for the Seattle Seahawks and the last four seasons with the St. Louis Rams. Brown has a career 80.9 FG percentage but was only 21-of-28 last season or 75% made. It is really a toss-up as to who will be the Jets kicker in 2012 but the competition will be fierce hopefully bring the best out of one of them.

Punter T.J Conley didn’t exactly have a season to remember. He ranked 30th in the league with a 42.7 yard average and who can forget the wonderful 38.3 YDS-per-punt in the thin air at Denver, including a 13 yard shank that gave Denver the ball on the Jets 34 yard-line.

The Jets punt coverage team did a nice job only allowing 241 yards on 32 returns a 7.53 yard- per-return average. They did bring in Travis Baltz a punter out of University of Maryland, who has no NFL experience, and averaged 41.2 yards-per-punt in college. Wouldn’t be surprised to see some free agent or camp cut punter picked up by the Jets to challenge Conley for the position but maybe he can improve over last season with the experience gained.

In fact the Jets had the most special teams turnovers (6) of any team in the league.  CB Antonio Cromartie didn’t help with the specials turnovers situation as he had one on a kick return (Oakland, 9/25) and a punt return (Buffalo, 11/27). So while the Jets can return the ball they can’t afford to be giving it back to the opposition.

The Jets lost some key special teams players this offseason. Defensive back Marquice Cole was on all the units except field goal and was a gunner, split wide and could run down the field before the ball was kicked, on the punt team and had 11 special teams tackles. Linebacker Jamaal Westerman was on kickoff, punts and returns for both units having 19 tackles with the specials. Tight end Matthew Mulligan was on the kickoff return, punt return and field goal teams. The sure handed punt returner safety Jim Leonhard is gone as well.

Three important special teams players are in danger of not making the roster as discussed in earlier camp preview articles. LB Nick Bellore led the specials with 31 tackles and it would be a surprise if he were cut given his value. LB Garrett McIntyre (18 TCKL) and safety Tracy Wilson are on the roster bubble but were heavily involved in the special teams last season. McIntyre, like Cole, played all units except field goal.

Look for player like LB Demario Davis(currently on the PUP list, hamstring), safety Josh Bush, LB Aaron Maybin, CB Ellis Lankster and DB Royce Adams to try and fill some of the voids left by departed players or if special team contributors get released.

It is also an opportunity for rookies to gain a roster spot if they can contribute via special teams. Like WR Jordan White (also on PUP list with a foot injury) who had 17 punt returns for 222 yards a 13.1 yard-pre-return average for Western Michigan last season.

Controlling field position is super important especially to a defensive minded/run oriented team and special teams have a lot of influence over where they and the opposition start. The Jets will have to fill some voids from off-season losses and improve upon their field goal percentage and punting average. Most importantly they have to hold on to the ball as special teams turnovers really hurt the Jets last season.

What to look for in camp:

Training camp is filled with some very compelling and exciting roster competitions.  Hopefully the Jets can put together the best 53-man roster possible as they enter the 2012 season.