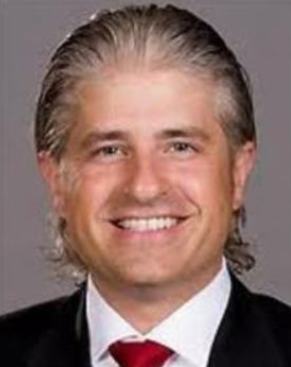 With the New York Jets still looking to fill their vacant general manager position they have turned their attention to the Canadian Football League’s Montreal Alouettes executive Jim Popp and this is a name Jets fans should want to hear.

As GM of the Alouettes Popp has created a successful program for the past 15 seasons.  He started as player personnel director for the Saskatchewan Roughriders.  Spending two years there helping them make the playoffs for the first time in 15 years.  With only two years to build, that accomplishment is remarkable.

Prior to becoming a front office executive, Popp was a coach at the Citadel, North Carolina and Michigan State (where he also played 4 years collegiately).  College coaches know a thing or two about recruiting, particularly at schools that haven’t been college football powerhouses in the past.  He’s originally from North Carolina which made him a top candidate for the Carolina Panther’s GM opening this year.  That job was filled by Giants executive Dave Gettleman.  It is believed that Popp was the finalist and the Panthers were mulling both options for a few days.

Jet fans should put aside the fact that he’s been a GM in the CFL because of one reason:  Personnel.  The CFL doesn’t have the best talent (as everyone knows), in fact, a lot of players are college players who didn’t make it in the NFL or weren’t talented enough to make it onto a practice squad.  To be a GM for 15 years, make the playoffs every year except 2001 and 2007, win 4 championships and 10 Grey Cups with limited talent, Popp should be considered a priority for the Jets to interview.

With the Jets only having 39 players signed for next season (6 who most likely will be cut making it 33), Popp could get the most out of the free agent class when he has limited funds to spend.  He will go for the best quality guys for those 18-20 positions for the least amount of money.  Whether it is guys signing to veteran minimum contracts, or undrafted free agents, Popp could be a sleeper in this extensive GM search.

Additionally, the Jets have signed a few CFL players to future/reserve contracts to their roster in the past few weeks, so it’s apparent, they know of Popp’s potential to find the best guys at the cheapest price.  The CBA in the CFL allows teams a salary cap of 4.4 million dollars.  The Jets, after rookie contracts and cuts, will have roughly between 5-9 million dollars to spend in 2013 on current free agents and undrafted free agents.

If there were a guy who could do the most with the least amount of money out of all the GM candidates wouldn’t Popp be the guy?  Additionally, with the top GM candidates turning the Jets down or using them as leverage, a guy like Popp, who’s looking for his opportunity in the NFL, would be very enticed to take a job in New York regardless of their current salary cap issues.  In fact, it may be an easier transition for him, as he’s used to having limited funds.

If the Jets are looking for best option of the GMs left, Popp should be considered on top of their list.  His ability to find the “best of the worst” is all the more reason to give him the opportunity to rebuild this franchise.  The Jets need a talent scout/evaluator as well as a guy who can manage the salary cap.  They cannot afford a finance guy or strictly a personnel guy.  A GM who is a manager and well rounded such as Popp should be the guy for the job.  Jed Hughes, who’s helping Woody Johnson through this arduous but necessary thorough search will choose the best guy for the organization.  The GM hired could very possibly be Jim Popp.