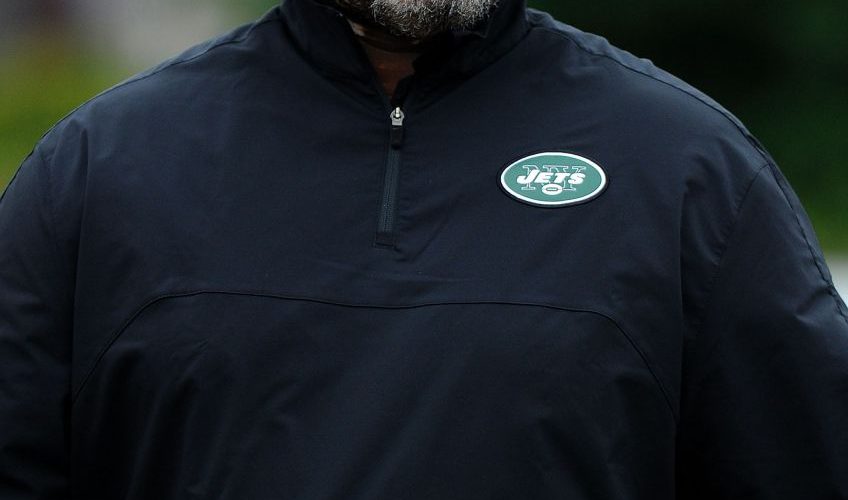 Glenn Naughton of JetNation.com took part in the Jets’ weekly blogger conference call with defensive line coach Karl Dunbar.  The following is a transcript of the JetNation.com portion of the conference.

Glenn Naughton: Coach, with this run you guys have of these elite quarterbacks your playing, one thing that’s been overlooked is the mobility and escapability a lot of these guys have.  This week you guys face Matthew Stafford who does a great job of avoiding pressure and throwing on the run.  How much more difficult is it to prepare for these types of quarterbacks?

Karl Dunbar: Well it’s always easier when you have a lawn deer, and by a lawn deer I mean somebody who doesn’t run and just likes to sit in the pocket and throw the ball.  I think it’s a challenge, two weeks ago we had Aaron Rodgers who’s a mobile guy, last week it was Jay Cutler who’s a mobile guy so we have a lot of guys who are big and athletic so we try to get those guys on the field to get after the quarterback.

GN: Last week when we spoke to David Harris, one player we brought up was Ik Enemkpali who we haven’t seen much of since getting dinged up after a great camp.  David Harris called him a relentless pass-rusher, what was it that you guys saw on film that made you take  him, and how far away is he from coming back?

KD: Well, I just think the kid is doing a great job.  He’s learning our system and working really hard.  I  had the opportunity to go work him out at his pro-day and we liked the things he did.  He’s a smart player who is a relentless pass-rusher.  He’s a little bigger guy than some of the players we had here last year and I also think he’s going to help us out on special teams.

GN: With such a deep defensive line, sometimes the non-starters get lost in the shuffle with the media and fans but one guy who has played really well for you when given a shot has been Kenrick Ellis, could you talk about him a little bit?

KD: Kenrick is doing a great job.  Last year he had an opportuntiy but he hurt his back a little bit in training camp and that’s when “snacks” came on but he’s back now, he’s healthy, his weight is down and he’s doing a great job.  We like to have both of them big suckers out there because you know you need two guys to block them in the middle and that really helps our run defense.

GN: Last week you guys faced one of your former linemen in Jared Allen and you had commented on the possibility of him talking to the Bears’ offensive line about some of the things they might see from your group.  With your counterpart Jim Washburn coached Jason Babin in Philadelphia.  Do you think there will be any picking of Babin’s brain for the Jets’ offensive line this week, and could you talk a little bit about the benefits of adding a player like Babin who can really get after the quarterback?

KD: I don’t know if he’s talked to any of our offensive guys, but he’s got a quite confidence and we wanted that.  Especially with Antwan Barnes being down.  We wanted  a veteran pass-rusher and he’s been great with the team, in the locker room and the meeting room.

GN: Everyone knows about the group you had in Minnesota with the Williams tackles, and Jared Allen but you had some lesser known mid-to-late round picks who were productive under your tutelage.  Now you have guys like Damon Harrison and TJ Barnes who come from out of nowhere to make an impact or make the roster, what does that mean to you as a coach to mold these guys and turn them in to productive players?

KD: As a coach, that’s what you look forward to.  I tell these guys, I played my pro ball and I can’t play anymore because I’m 47 so I live vicariously through them.  I get on them when they do bad things, and I pat them on the back when they do things well.  I think they see that in me, and it’s always great to have people pat you on the back.  I was always told that when somebody is patting you on the back, ,they’re looking for  a soft spot.  I’m very tuned in to who I am and what I can do and I think when guys buy in to the things you’re teaching them, it’s easier for them to learn.  These guys always want somebody who can answer their questions and put them in a position to be successful.  I always hope that as a coach, that’s what I’m doing.

GN: Since getting in to coaching from your tim at Oklahoma State where you guys did a great job getting to the quarterback, to your first year with the Bears in 2004 where they doubled their sack production from the previous season, your time in Minnesota and now the group you have with the Jets, why do you think it is about your philosophy or approach that has made you successful at every stop.

KD: I think guys like positive energy people, who want to make them better.  I think that’s the thing, I’m not trying to re-invent the wheel.  People have been coaching ball for a long time and like Sheldon says,  when you have a coach who’s not divisive and wants to bring those guys together, these guys know when you come to camp that there are twelve guys here and only six get to stay. I tell them to band together and work together, and that’s been the catalyst for my success .  God has been good to me and blessed me with people skills that you need in this business and people have to be able to trust you.  If they don’t trust you then they won’t believe in anything you say.  I think the guys and the coaches in the building believe and trust me and that makes it a whole lot easier to get guys to do the things you tell them to do when they believe in the things you tell them.

JetNation.com would like to thank the New York Jets and Coach Dunbar for the opportunity to take part in today’s blogger conference.