With Bowles’ taking over as head coach of the New York Jets under new general manager Mike Maccagnan, the Jets will surely be less chaotic and entertaining, but the real question is whether these New York Jets will be better than those last year? In order to answer that question, we have to include several factors.

Luckily for the savvy veteran Chan Gailey there is a decent amount of offensive talent to work with. Brandon Marshall, Eric Decker and even the rookie Devin Smith give the Jets a dynamic wide receiver depth chart. The offensive line has been categorized as functional which should be enough for a solid ground game and clearing holes.

The Jets have Geno Smith at quarterback and he will have to play a lot better this year if he is to elevate the team. Ryan Fitzpatrick on the other hand is more accurate and efficient than last years backup, Michael Vick, although his career has been thwarted by bad luck. If the Jets want to increase their win total, they will need less turnovers and more production from the QB position. 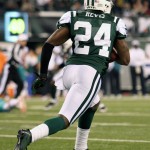 All is not that grim after all, because the Jets have a potentially outstanding defense. They had an utter cornerback overhaul where they brought three vastly superior players compared to the roster they had one year ago. Revis Island and the team can really prevent opposing offenses when playing in coverage behind an excellent line.

With his blitz-happy defenses in Arizona Bowles was a noteworthy schematic guru, and now he has all that depth across the line and at corner and great skill as well. Although the linebackers are a question mark, Coples and Davis are a fine starting point. The worst case scenario will be the Jets defense keeping them in every game as long as the ball is protected by the offense.

At the moment the future betting odds at bookies such as those at http://www.rtgcasinos.co for the Jets to win the Super Bowl are +5000, which is a very unlikely outcome. However, the moneyline for an AFC Conference win are a much better +2200. Of course, the most likely outcome is betting that the Jets will win the AFC East at +750.00.

When the big change happened in the New York Jets, the expectations were rightfully lowered. On top of that, there was uncertainty about the quarterback position. However, this may be the key for the Jets’ unexpected rise up the standings. Almost everyone including some experts have projected that his roster fill finish 4th in the division. They only need to get better on offense and not lose any potency in the defensive coaching shuffle. It everything goes well, the Jets have the power to surprise.