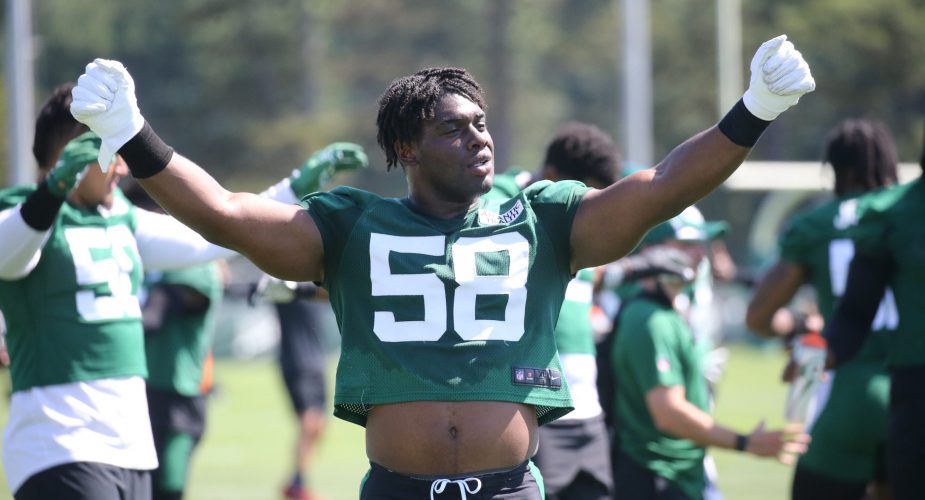 –  Eye discipline! Don’t get caught peeking the zone read/RPO plays, stay on your keys and force Jackson into bad decisions in the run game. Kwon Alexander should be a big help in this area. Head coach Robert Saleh said Tuesday “.. it’s just a matter of making sure you are fundamentally sound and in a mental state where you can execute at the highest level..”

– Control the line of scrimmage, particularly on offense. Force the Ravens LB to come up and make plays. If Baltimore’s front 4 gets home, it will be a long game. Keep Flacco in the pocket and upright, only rolling out on designed plays. Take advantage of the Raven’s front 7 by running the ball efficiently and not giving their secondary opportunities to take the ball away.

– Occupy the vertical and seam areas of the field on defense. Perhaps meaning less Cover 3 and more Quarters to try and take the TEs out of the game. Force Lamar Jackson to make check downs underneath and rally to the ball carrier. More man coverage is also an option, and looked to be their best chance to get a stop throughout the preseason.

This game is a perfect “litmus test” for a young Jets team that needs to see as much adversity as possible. Baltimore’s unique offense will push the defense to their limits, making sure they are disciplined. Offensively, the Jets should be able to move the ball well, with the key being redzone execution. If the Jets can convert drives into touchdowns and not field goals, New York will be able to stay in this game.

Lamar Jackson is entering a contract year, so he will have added motivation to perform at a high level. The Ravens had all summer to prepare for this game, and history shows they start their seasons off hot. While this is a game that could be within reach late for the Jets, especially being in MetLife on September 11th, I’m still not comfortable giving New York a win against one of the league’s most prolific and consistent teams.

By Dylan Tereman
Posted on September 9, 2022