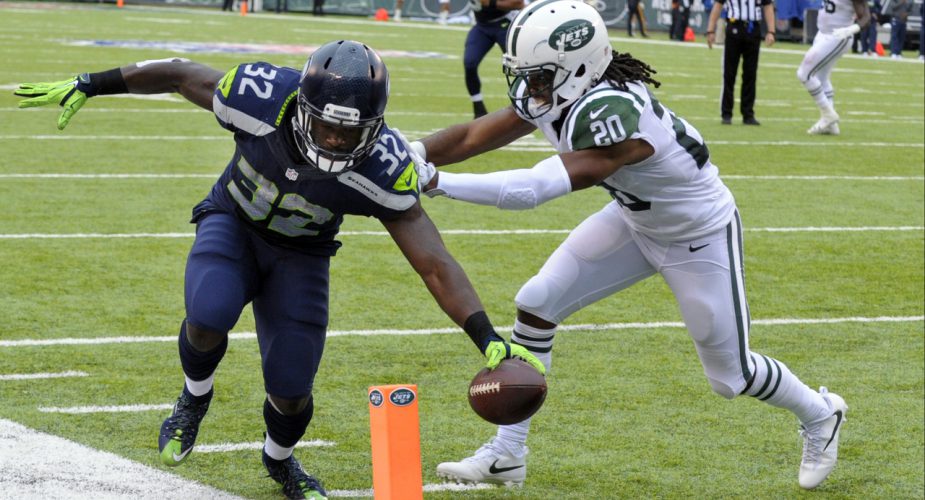 After their disastrous loss to the Chiefs last Sunday, the Jets looked to right the ship hosting the Seattle Seahawks in Week 4, but fell to Seattle 27-17 and 1-3 on the season.

The Jets got on the board first with a field goal, but it was another drive that stalled and ended without a touchdown.

The first half included a couple of highlights for the Jets, including a crushing sack of Seattle quarterback Russell Wilson by defensive end Leonard Williams, but it also included a lot of busted coverage that led to a lot of long completions and two touchdowns for Seattle.

The Jets answered back at the end of the half with a touchdown, with Jets quarterback Ryan Fitzpatrick connecting with Brandon Marshall for Marshall’s first touchdown reception for the season. The Jets trailed at the half 14-10.

The Seahawks and Jets traded possessions before Seattle was able to score another field goal and led 17-10.

The Jets went into the fourth quarter down a touchdown and were driving when Seattle cornerback Richard Sherman intercepted one of Fitzpatrick’s passes to Marshall. This set up another Seattle touchdown, putting the Jets down by two scores.

The Jets didn’t show much fight after that.

On the first play of the next drive, the ball went off of Robby Anderson’s hands to the Seattle defender, for the second interception of the day. In spite of another sack of Russell Wilson, Seahawks padded their lead with a field goal. They led 27-10 with just under five minutes to go in the fourth quarter.

Things got weird with about 2:30 to go. Fitzpatrick was hit with the ball in his hand and fumbled the ball.

New wide receiver Charone Peake picked up the fumble and ran it in for a Jets touchdown. The Jets were down 20-17 with 2:15 to go.

After getting the ball back, there was another miscommunication between Fitzpatrick and Marshall, and Sherman again picked off the ball to seal the victory for Seattle.

Ryan Fitzpatrick, who was awful last week, recovered somewhat this week but still wasn’t good. His final line on the day was 23 for 41 for 261 yards with one touchdown and three interceptions. Matt Forte led the Jets rushing, but there was no real rushing game. He had 14 carries for 27 yards. Brandon Marshall led Jets receivers with four receptions for 89 yards and one touchdown.

Safety Calvin Pryor and linebacker Darron Lee led the Jets with seven tackles each. Cornerback Buster Skrine and Leonard Williams each had sacks for the Jets.

Aside from the anemic offense, one of New York’s obvious areas of concern was the secondary. Cornerback Darrelle Revis came out of the game with an injury, and even before that there were a lot of coverage errors, with Seattle players wide open.

The schedule doesn’t get easier next week. Kickoff is at 1 PM against the Steelers in Pittsburgh.

By Kristine Gammer
Posted on October 2, 2016