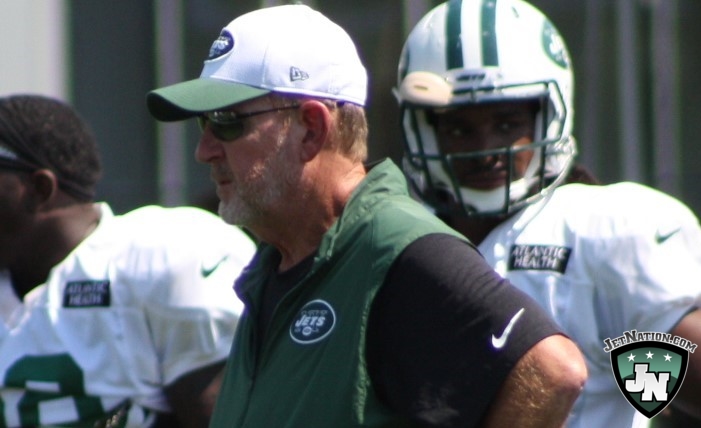 As we mentioned earlier today, the Jets officially announced some big changes to the coaching staff. Chan Gailey has retired and several other coaches were let go.

On the offensive side of that ball that means the Jets will be looking for a new offensive coordinator and QB coach. There were reports last week that a key component to this search will be a new philosophy. The reports indicated the Jets will look to put a greater emphasis on the running game and tight end in the new offense.

The Jets are reporting that Bowles knew Gailey was retiring.

Gailey had informed Bowles of his decision prior to the 2016 season. https://t.co/py6TmY2sua

We will leave it to you to decide if you buy that or not.

For the defense though, they are changing position coaches and keeping the coordinator Kacy Rodgers. That is a bit of a surprise, the coordinator usually takes the fall after a season like this one. The situation is unique though because Todd Bowles is essentially the defensive coordinator \ head coach. Bowles calls the plays and since he was retained, it looks like the assistant coaches are taking the fall for the “communication issues” that plagued the Jets all season.

The heat will be on the head coach next season, if the results don’t improve there will be nobody else to blame after these recent changes.