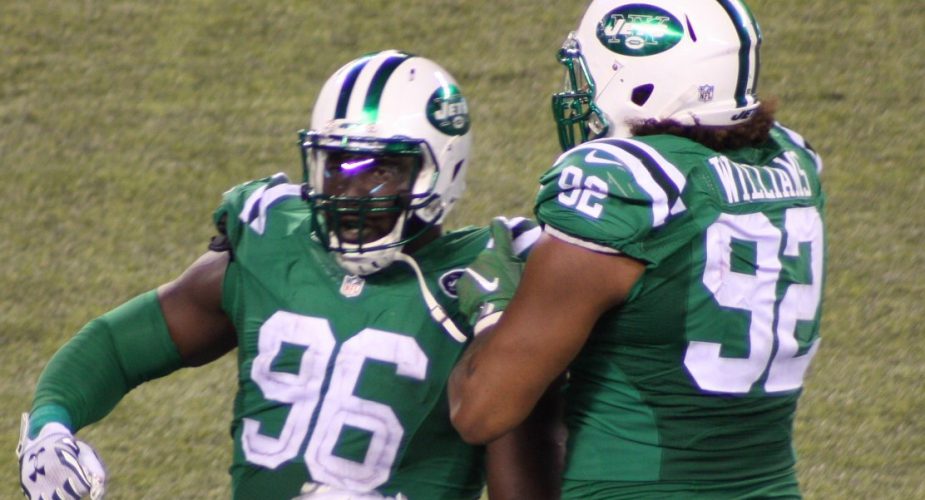 Daniel Jeremiah reports that an unnamed NFL executive believes the Jets have the “worst roster in the past decade” after the Jets announced David Harris and Eric Decker will no longer be with the team.

From an NFL exec- "I think the Jets might have the worst roster I've seen in a decade."

While this team certainly is not built to win right now, it does have some very talented players. First off, any team in the NFL would love to have our defensive lineman, Leonard Williams. He is an ascending player and our #1 building block. Aside from him, the following players should be a huge part of this team going forward.

Yes, they are both rookies, but this safety tandem is going to be a force to be reckoned with throughout the NFL in a few seasons. There is going to be a learning curve and some bumps in the road this season, but if they are coached up properly, I believe Adams will become a perennial pro-bowl safety and Maye will become a great starter in this league.

He didn’t have a great season last year coming off a serious leg injury, but he should be able to bounce back and produce at a high level again and make that huge contract worth while. If his performance continues to decline or remain stagnant, then he may not be worth keeping at his price tag, but the presence of an improving Leonard Williams should make things easier for Mo.

He’s only 25 years old and caught 58 passes for 857 yards and 4 touchdowns as our #3 WR for most of last season. Now that Marshall and Decker are both gone, Enunwa suddenly becomes our #1 and should be able to thrive. I predict 1,000+ receiving yards and 6+ TDs for Enunwa regardless of who is playing QB this season.

Some other players who are or could become quality starters for this team include:

If even half of these guys on this list are developed properly, stay healthy, and perform up to their ability, this team is not devoid of talent at all. However, a lot of these players are very young and this team lacks experience, which is going to hurt us this season. I’ll admit, we may have one of the worst, if not the worst, record in the NFL this season, but I do not agree that this is one of the worst rosters in the past decade. I personally believe that “honor” belongs to the 2008, 0-16, Detroit Lions, who, besides Calvin Johnson, really didn’t have anybody else.

The future is bright Jets fans, we just gotta make it through this rebuild and let these young players develop!