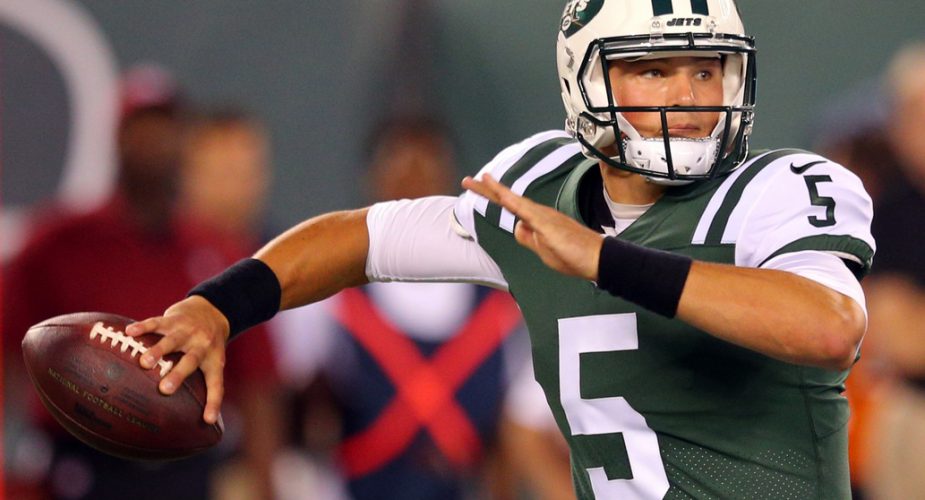 The Jets played their final game of the preseason against the Philadelphia Eagles at MetLife Stadium. With roster spots and positions on the line, this was an important test for many players, including the offensive linemen and kickers. Here is the good, the bad and the ugly as we head into the regular season.

QB Josh McCown, who hasn’t had many reps this preseason, got the start. He went 6/8 for 57 yards.

The Jets first-half defense, a mix of starters and backups, had a takeaway turnover on downs and a red zone stop in the second quarter.

DE Kony Ealy made his presence felt in the first half and had a QB hit to cause a fumble.

CB Derrick Jones had an interception to end the third quarter.

The offense, under Hackenberg, had a string of 5 straight 3-and-outs.

The defense gave up a 41-yard passing touchdown.

None of the WRs stood out.

McCown had a scare on his second series and left the game for a snap after a hit to the midsection, however he did return.

TE Chris Gragg suffered what looked to be a leg injury on a 26-yard catch.

Some of the Jets who did DNP (Did Not Play) – Morris Claiborne, Matt Forte, Marcus Murphy, Ben Ijalana, Eric Tomlinson, and Jason Vander Laan