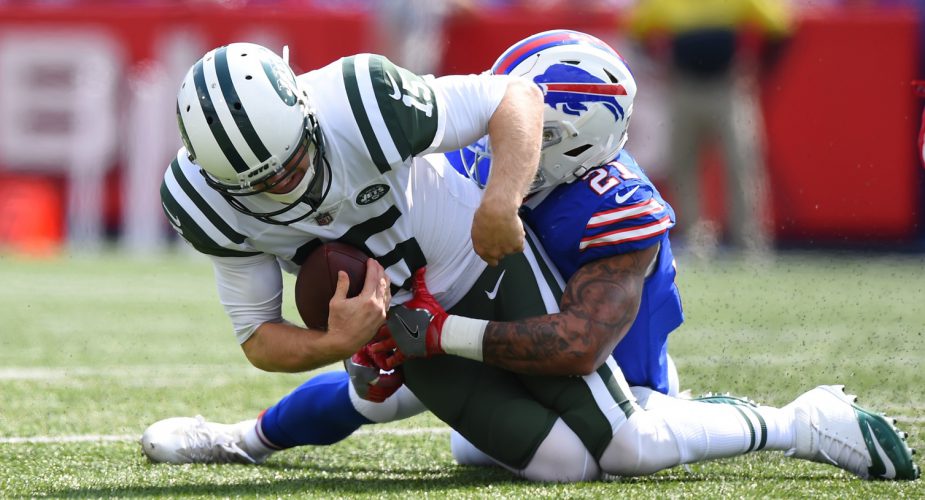 With first place in the AFC East on the line, the Jets began their 2017 season at New Era Field in Orchard Park, N.Y., home of the Buffalo Bills. On this day, the Jets defense kept the team in the game and did a good job of containing the Bills wide receivers, however they did have trouble with the tight end position. The offense played conservatively under QB Josh McCown, who scored the team’s first touchdown of the year on a 1-yard keeper but threw late-game interceptions.

The Jets defense made a red zone stop and take-away when CB Juston Burris intercepted a pass in the end zone.

TE Eric Tomlinson made the biggest offensive play of the day with a 25-yard reception.

At the half, the Jets had 11 rushing yards, 86 yards of total offense and 4 penalties for 52 yards.

A two-point conversion pass from McCown to WR Robby Anderson was incomplete.

The Jets got off to a slow start and only had possession for just over four minutes of the first quarter.

For the game, the team had 38 rushing yards and 214 yards of total offense.

Mental errors, gap control and run support from Jets linebackers were all evident.

By Universo Pereira
Posted on September 10, 2017