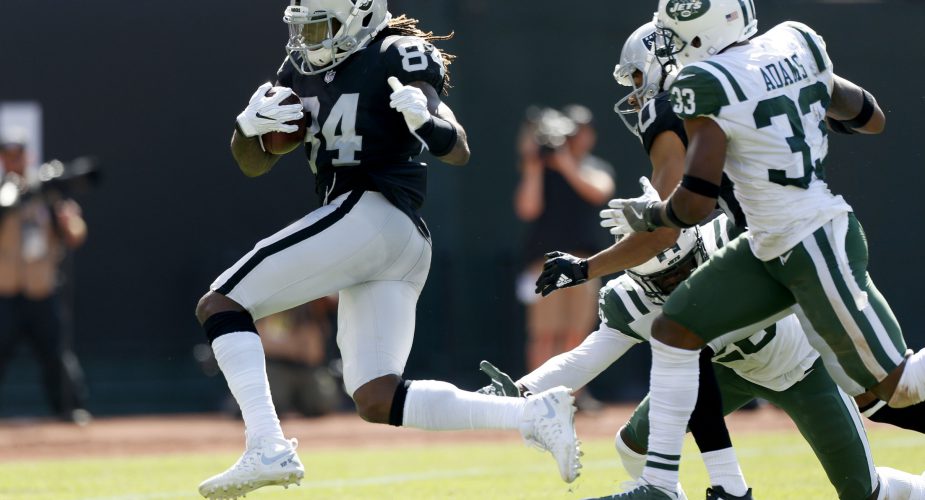 After a week one loss, the Jets were looking to get in the win column against the Oakland Raiders at Oakland-Alameda County Coliseum. Josh McCown got the start at quarterback, while Bryce Petty was the backup and Christian Hackenberg was inactive. After a 45-20 loss, this year’s Jets team is now the second since 2007 to lose their first two games of the season. Here’s the good, the bad and the ugly…

The Jets came back from an early 14-0 deficit.

WR Jermaine Kearse had 4 receptions for 64 yards and two touchdowns. (The last time a Jets WR did that on the road? 2007 – Laveranues Coles)

K Chandler Catanzaro made two field goals with a long of 46.

Recently acquired WR Jeremy Kerley did play and had 3 receptions for 14 yards.

It was another slow first quarter start for the offense.

The team only had possession for 4:16 of the first quarter.

The first quarter stat line had McCown with one pass completion for 19 yards and the running back committee with 2 yards rushing.

The only player to have more than 1 reception at the half was RB Matt Forte.

The defense gave up a 43-yard rushing touchdown to Cordarrelle Patterson and a 52-yard touchdown to Jalen Richard.

A costly punt fumble by Kalif Raymond led to a Raider touchdown just before the half.

The Jets offense had 271 total yards and gave up 4 sacks.

Brian Winters left the game with a groin injury.

By Universo Pereira
Posted on September 17, 2017