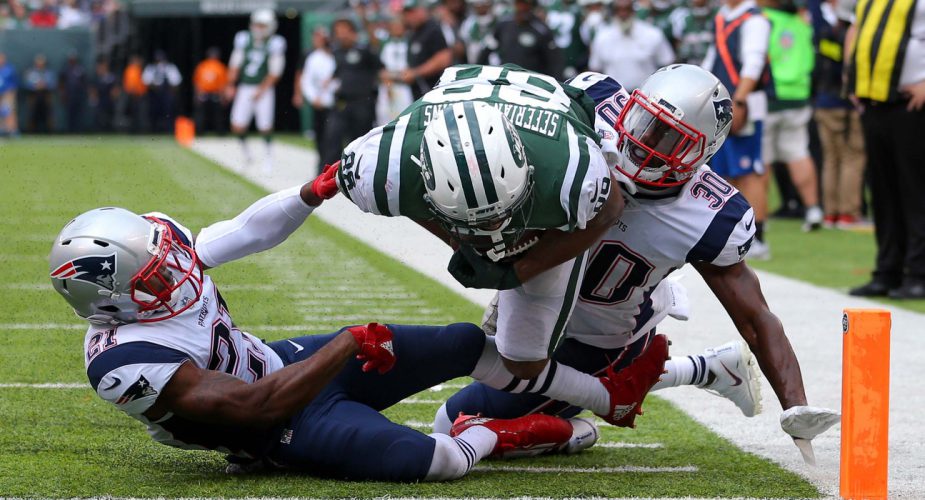 After a win in week five, the (3-2) Jets, riding a three-game winning streak, welcomed the (3-2) New England Patriots to MetLife Stadium in an attempt to take over the top spot in the division. RB Elijah McGuire started in place of an injured Bilal Powell. Matt Forte returned to action after a toe injury. The Jets came into the game with the 26th ranked offense and 25th ranked defense. Here is the good, the bad and the ugly…

The Jets started the game with a nice offensive drive. TE Austin Seferian-Jenkins caught a 1-yard TD on the team’s first possession. He led the team with 8 receptions in the game.

The Jets got a fumble takeaway when LB Darron Lee punched the ball from Patriot RB Mike Gillislee.

QB Josh McCown hit WR Jeremy Kerley for a 31-yard TD in the second quarter. Kerley led all receivers at the half with 2 receptions for 61 yards.

K Chandler Catanzaro hit a 28-yard field goal with 3:43 seconds in the game.

The Jets had 408 total yards of offense.

The defense gave up a TD to Patriot TE Rob Gronkowski with: 09 seconds left in the first half.

The entire Jets backfield only ran for 37 yards in the first half and 74 yards total.

Austin Seferian-Jenkins caught what looked to be a 4-yard TD in the 4th quarter. The call was reversed and ruled a fumble in the end zone.

McCown had a pass intended for Robby Anderson intercepted by Patriot CB Malcolm Butler just before the half. The QB had two INTs in the game.

On a 4th down play, McCown was picked off by Patriot S Devin McCourty.

The team had three turnovers and 6 penalties for 69 yards.