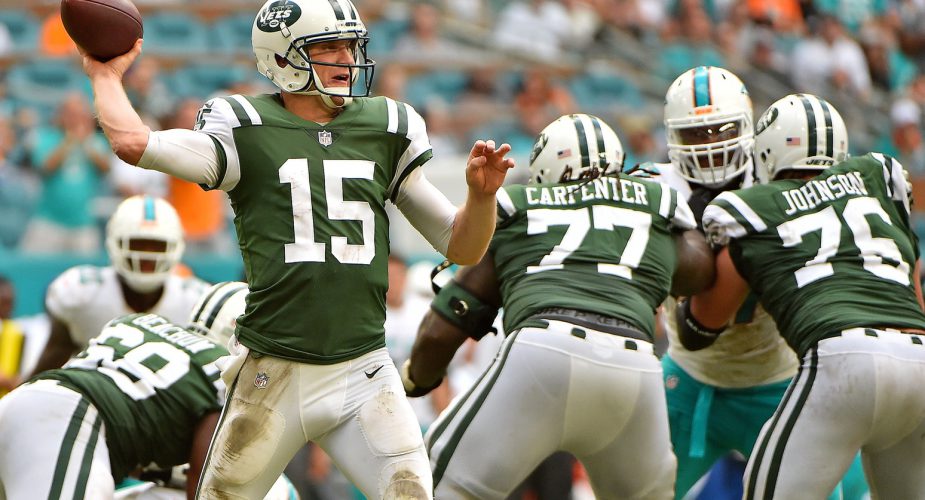 After a loss in week six, the (3-3) Jets, looking for a regular-season sweep, visited Hard Rock Stadium to take on the (3-2) Miami Dolphins. The game saw the return of RB Bilal Powell to tandem in the backfield with Elijah McGuire and Matt Forte. The Jets came into the contest averaging 18.2 points per game while allowing 21.7. They were also averaging 339.3 total yards and allowing 364.2 per game. Here is the good, the bad and the ugly…

The Jets got off to another great start and went 75 yards in 5 plays on their opening drive. QB Josh McCown hit WR Jermaine Kearse on a 29-yard touchdown strike.

McCown threw an 18-yard touchdown pass to WR Robby Anderson and a 10-yarder to Austin Seferian-Jenkins.

Muhammad Wilkerson caught a deflected Jamal Adams pass at the end of the first half at the goal line. (It was Wilkerson’s second career interception.)

S Marcus Maye picked off a pass by QB Matt Moore and returned it 35 yards.

K Chandler Catanzaro was 4 for 4 in extra points.

Powell led all Jets rushers with 43 yards on 9 attempts with a long of 25.

The defense gave up two 4-yard passing touchdowns in the first half.

The defense also gave up a 28-yard and a 2-yard touchdown in the 4th quarter to WR Kenny Stills from QB Matt Moore.