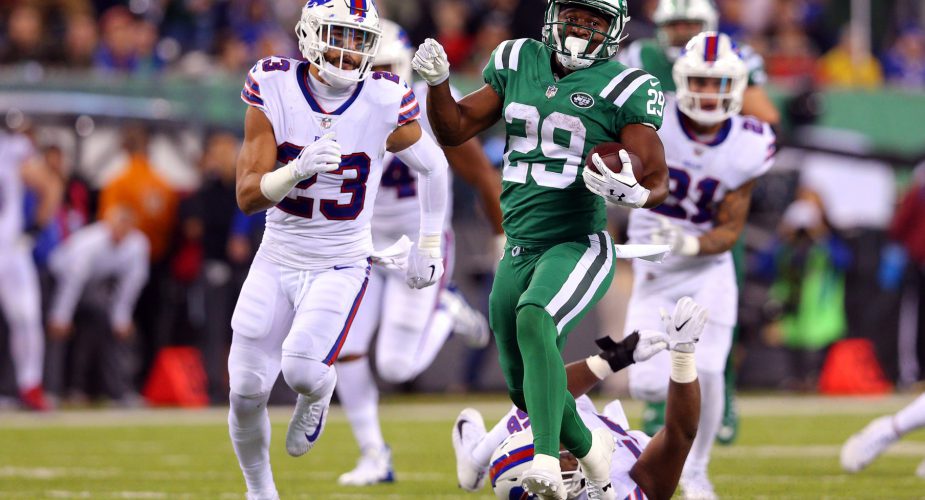 The 3-5 Jets welcomed the 5-2 Buffalo Bills to MetLife Stadium on a Thursday night. New York was coming off of a loss to the Atlanta Falcons and looking to get one in the win column. At game time, the Jets ranked 22nd in the league with 95.8 rushing yards per game, while the Bills defense has only given up 80.1 yards on the ground. Here is the good, the bad and the ugly…

The defense had 6 sacks in the game on QB Tyrod Taylor.

CB Juston Burris recovered a WR Jordan Matthews fumble with under 2 minutes left in the first half.

WR Robby Anderson caught a 25-yard touchdown pass in the third quarter. He led all receivers with 48 yards.

The defensive line dominated the line of scrimmage and held RB LeSean McCoy to only 25 yards rushing.

RB Matt Forte rushed for touchdowns of 5 and 10 yards. He led the team with 77 yards.

The defense gave up a 10-yard touchdown pass from Taylor to WR Zay Jones.

The Jets only had 54 yard rushing and 78 yards passing in the first half.

Taylor rushed for a 1-yard touchdown in the fourth quarter.

The Jets had 5 penalties for 30 yards in the first half. They were penalized 10 times for 66 yard in the game.

TE Austin Seferian-Jenkins had a 20-yard touchdown taken away on an offensive pass interference call. He also dropped an onside kick which led to a Buffalo recovery.

By Universo Pereira
Posted on November 3, 2017