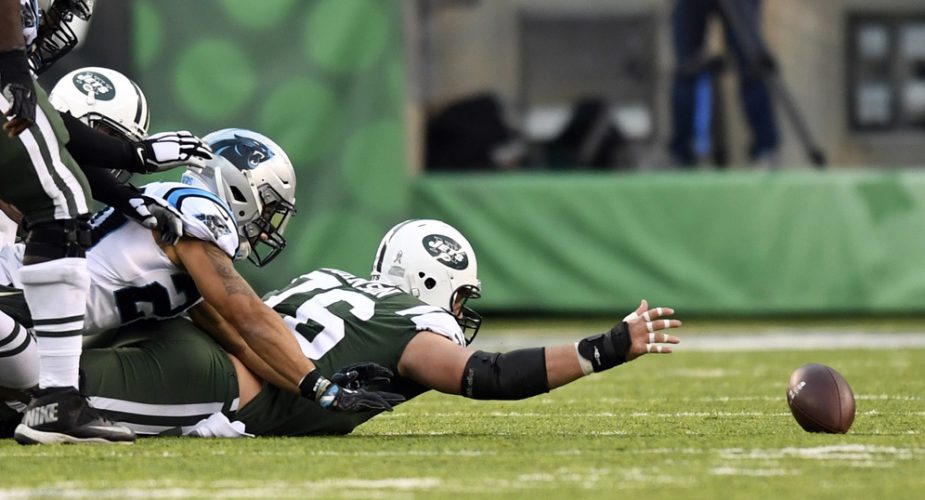 Coming out of their bye week, the 4-6 Jets welcomed the 7-3 Carolina Panthers and their second-ranked defense to MetLife Stadium. Running back Matt Forte returned to action after missing the previous game. The game also marked the first one back from injury for the Carolina tight end Greg Olsen. The Jets were led into action by quarterback Josh McCown, who entered the contest with the AFC’s second-highest completion percentage at 69%. Here is the good, the bad and the ugly…

NT Steve McClendon and LB Demario Davis were both credited with sacks of QB Cam Newton in the first quarter. Davis added another sack in the third quarter.

The defense held the Panthers to only 4 first downs and 56 total yards in the first quarter.

McCown threw a 50-50 ball into double coverage caught by WR Robby Anderson for a 33-yard touchdown just before the end of the first half.

McCown and Anderson hooked up again in the third quarter for a 54-yard touchdown. Anderson led all Jets with 6 receptions for 146 yards and two touchdowns.

McCown hit Jermaine Kearse with a touchdown from 3 yards out. The QB finished with passing stats of 19 of 36 for 307 yards and 3 touchdowns.

The defense held Newton to only 11 pass completions for 168 yards.

The Jets only had 42 yards rushing in the first half.

The defense gave up a 1-yard touchdown run by Newton in the second quarter and a 2-yard touchdown by RB Jonathan Stewart at the end of the third quarter.

WR Kaelin Clay returned a punt 60 yards for a touchdown.

The Jets only had 109 rushing yards for the game.

The call of a 1-yard touchdown pass from McCown to TE Austin Seferian-Jenkins was reversed in the fourth quarter.

McCown had a fumble which was recovered by LB Luke Kuechly and returned 34-yards for a touchdown.

A late-game roughing the passer penalty on DE Mike Pennel sealed the game for the Panthers.

The Jets were called for 7 penalties for 68 yards in the game.

By Universo Pereira
Posted on November 26, 2017