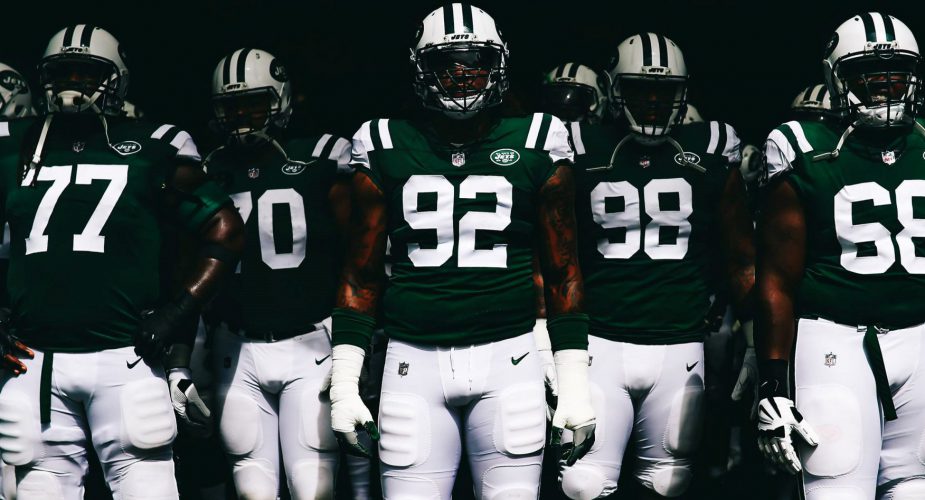 Despite a three-game slide, the Kansas City Chiefs still stand on top of the AFC West. This is all thanks to one of the most incredible starts in franchise history. In the beginning, it looked as though they would mechanically drill their way through the competition straight into the playoffs and perhaps the Super Bowl. No flashy style –with the exception of those crazy breakout plays by Kareem Hunt—they were just methodical and relentless.

But after a five-game dominating win streak, Kansas City has dropped five of their last six games in an incredible case of mid-season regression. The Bills get a lack-luster, 16-10 win in Week 12. The NY Giants are in a sorry state, yet managed to knock off the Chiefs in an offense-less 12-9 victory in Week 11. Even the Cowboys who have been garbage since the Zeke suspension came down actually put up numbers in Week 10 … So, does this slide of all slides continue when Kansas City travels up to MetLife Stadium to face the Jets in East Rutherford?

I must be honest … I was expecting a 100% intentional-tanking season from our NY Jets this 2017-18 campaign. And the thing is, this didn’t bother me. I figured –along with many others—complete rebuild-mode could be one of the best things for the team and even if trying to lose, they’ll get a couple of fluke wins in their race for one of the top couple draft spots in Dallas next April.

So, when Gang Green went on a three-win run starting in Week 3, I was blown away. Despite the seven losses, they are staying competitive and legitimately trying to win. With the Chiefs slumping, and the Broncos and Chargers coming down the pipe, we have a shot at a seven-win season. With the tools on hand, this would be an amazing record and I would have not even the slightest disappointment in the Jets this season.

One stat that spells trouble for the Chiefs this Sunday is the Jets’ 2017 record against the spread as home underdogs. You might be wondering why their 5-1 (83.3%) home-dog record is important … Well, bovada will have odds for the incoming game, make sure to review them and at the moment it shows that still at 3.5 points, but spread is down to just a field-goal at most shops. When the point-spread is just a field-goal, a cover is quite likely a win. Not to mention a few of the top predictive models have Gang Green outscoring the Choppy Chiefs on Sunday.

It goes back some distance, but the Jets hold a 5-4-win advantage over the Chiefs throughout their last 9 meetings, though the Chiefs have taken two of the last three.

Not only are the Chiefs not winning right now, they are not covering numbers. At 1-5 ATS over their last six games, and the Jets 6-1 home ATS record (5-1 home-dog) a cover and win probability gets exponentiated.

Both sides have a laundry list of injuries so, it is almost a moot discussion. However, Matt Forte is listed as probable for Week 13. Having this extra RB depth could make all the difference against a completely depleted KC Line-backer core.

The Defensive Matchup Goes to the Jets

The Offensive Matchup Goes to the Jets

The biggest thing that jumps out at me is how beat up the Chiefs defense is. Four linebackers, two corners, and a safety. This should allow the Jets to exploit the defense both on the ground and through the air with just some decent play-calling and execution. Furthermore, the Jets have been playing tough in East Rutherford and have covered the number 87.5% of the time at home … and this number is small.