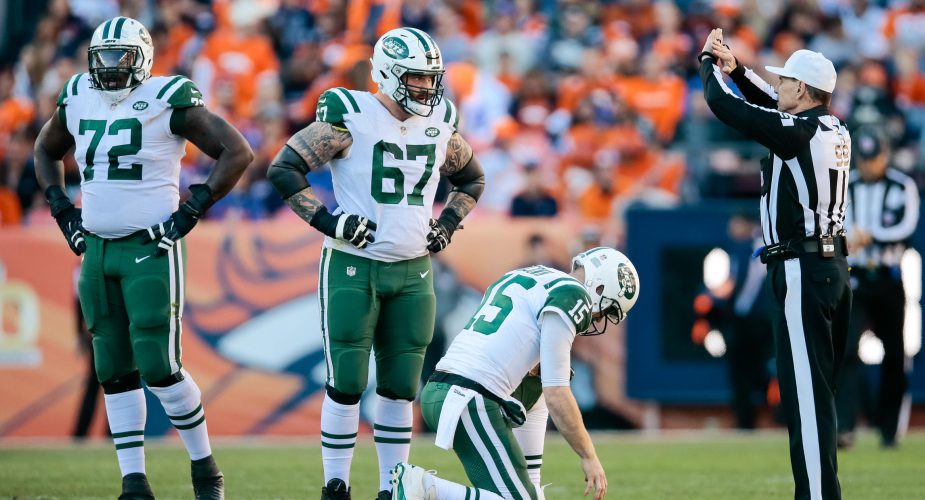 The 5-7 New York Jets traveled to Denver to take on the 3-9 Broncos at Sports Authority Field at Mile High. Coming into the game, the Jets had averaged only 17.4 points away from home. On the season, the Broncos had turned the ball over 27 times, which was second in the league. Though the Broncos’ Von Miller-led defense had only allowed 6 scores on the ground. Here is the good, the bad and the ugly from the game…

In the first thirty minutes, the defense held the Broncos twice in the red zone.

The defense gave up a 20-yard touchdown pass from QB Trevor Siemian to WR Demaryius Thomas.

In the third quarter, FB Andy Janovich ran for a 1-yard touchdown.

At the half, the Jets only had 3 first downs and 40 total yards. Bilal Powell led all running backs with 13 yards. (He led all rushers for the game with 35 yards as well.)

The defense gave up 146 yards in the first half.

For the game, the Jets had only 6 first downs, were 3 for 13 in third down efficiency and had 59 yards rushing.

QB Josh McCown fumbled on his first pass attempt of the game.

McCown was injured (back) in the second quarter and replaced by Bryce Petty for two plays. On McCown’s first play back in the game, he was intercepted.

In the third quarter, McCown injured his non-throwing hand on a hit by LB Shane Ray and was replaced again by Petty, who finished the game and went 2 of 9 for 14 yards. (According to Head Coach Todd Bowles, McCown broke his left hand.)

At the end of the first quarter, the Jets had -14 total yards, and 2 penalties for 10 yards.

The Jets were shut out for the first time this season.

By Universo Pereira
Posted on December 10, 2017