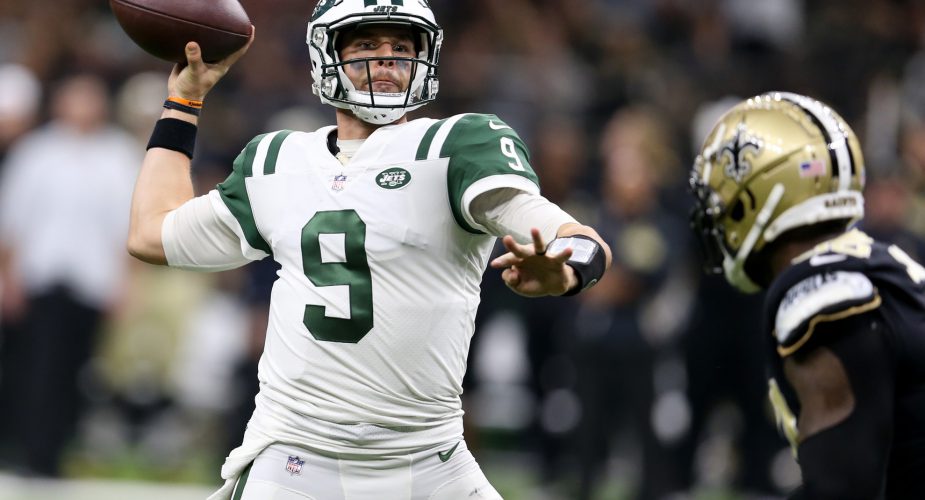 The 5-8 New York Jets traveled to New Orleans to take on the 9-4 Saints at the Mercedes-Benz Superdome. New York, not yet eliminated from the playoffs, was coming off of a 23-0 shutout loss to the Denver Broncos in which they also lost their starting quarterback, Josh McCown. The Saints came into the game leading the NFC South division. While the Jets, quarterbacked by Bryce Petty in his first start of the year, ranked 23rd in total offense. Here is the good, the bad and the ugly from the game…

The Jets defense stopped the Saints in the red zone on their first possession.

DE Leonard Williams, after being double teamed, intercepted Saints QB Drew Brees and returned it for 6 yards to the Saints 11-yard line.

K Chandler Catanzaro kicked a 29-yard field goal at the end of the first half and a 26 yarder in the third quarter.

The defense gave up a 1-yard touchdown run to RB Mark Ingram and a field goal to K Will Lutz in the first quarter.

In the fourth quarter, the defense let Brees hit WR Michael Thomas for a 4-yard score.

A pass attempt by Petty for a 2-point conversion was knocked down. (It was the fourth deflected pass on the day for Saints DE Cameron Jordan)

At the end of the first quarter, the Jets had 42 total yards and 3 penalties for 25 yards.

The defense gave up a 50-yard touchdown run to Ingram with under 2 minutes left in the game.

Petty’s final pass of the game was intercepted by CB Marshon Lattimore.

The Jets gave up 416 total yards to the Saints and had 8 penalties for 50 yards.

By Universo Pereira
Posted on December 17, 2017