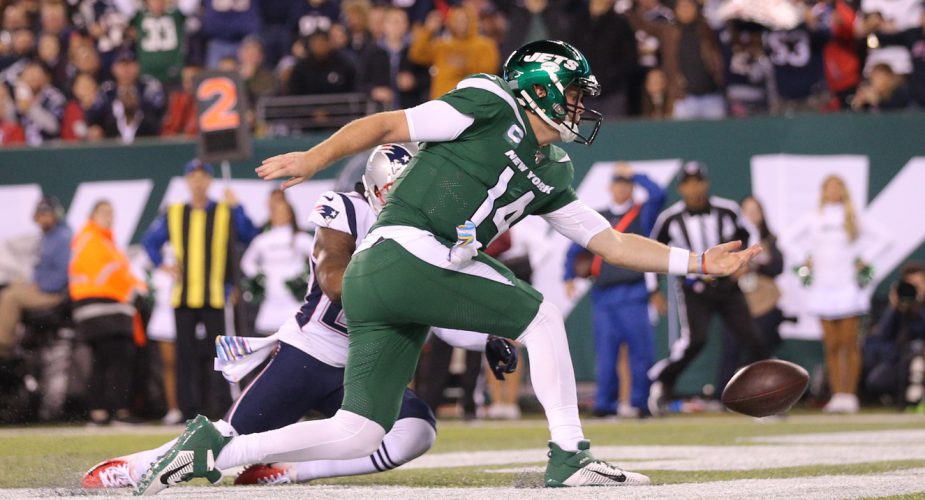 This will be short yet balanced.  The Jets will never be on New England’s level until there’s a major influx of talent, Sam Darnold grows up and whoever the head coac is adjusts his game plan when it isn’t working:

– Hate to do it but huge respect to Belichick.  It seems like after all the DC he’s had (Crennel, Mangini, Patricia & Flores) he decided to return to his “first love” and is kicking the crap out of offenses.  Masterful game plan last night against Darnold, Belichick actually used Darnold’s strengths against him.  Against Dallas, Darnold displayed his ability to throw from multiple angles and foot positions. But he did it from a solid foundation, with his feet on the ground and forward momentum.  Last night Belichick first played with Darnold’s head pre-snap then continuously brought middle pressure which forced him to throw backing up.  Which led to tons of high floating INT’s and incompletions.

– Sam Darnold played his 16th career game (full season) last night.  He wasn’t going to Canton after the DAL game and he isn’t “garbage” after last night.  The key going into the rest of the season is how does he bounce back after adversity.  You can’t be a franchise QB unless you display that trait.

– The Jets weren’t winning that game but Adam Gase needed to do a better job of adjusting.  With the way NE was bringing pressure he needed to go to “max protect” when throwing, instead he stayed with too many spread formations.  Also when Gase went with “heavy personnel” (multiple TE’s) they finally ran the ball effectively, he didn’t stay with it long enough.

– From now until December this team will face JAX, MIA, NYG, WAS, OAK, CIN, MIA. That’s seven games against bad teams, can this team show me something and go on a streak?