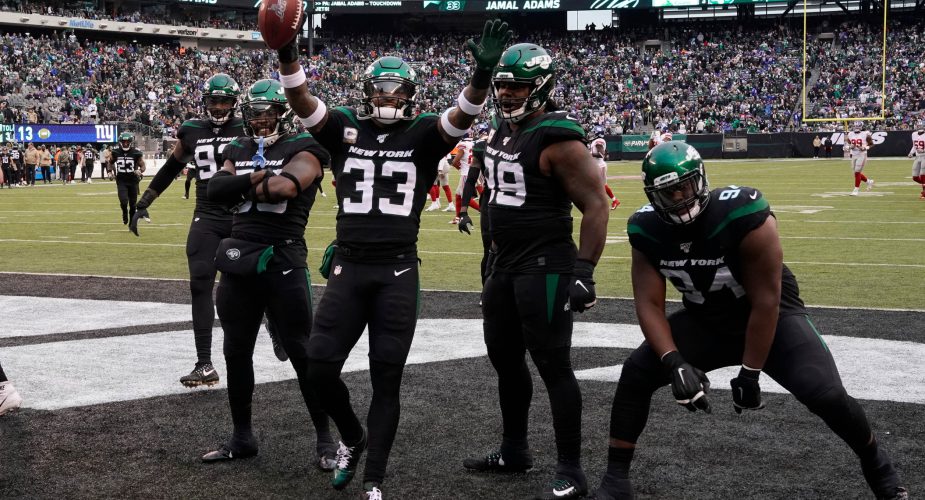 There was a ton of derogatory names and jokes thrown around about this matchup.  But I’m not going there, the Jets actually won and for one Sunday afternoon I could smile after the game.

– Lachlan Edwards continued his solid year as he averaged 45.6 yards per punt and put two inside the 20 yard line.

– Sam Ficken had a solid game with 2 FG’s and 4 XP’s for 10 points.  And his kickoff strength is excellent, BUT if he wants to lock up the job for 2020 he’s got to make that 54 yarder before the half.  The weather was decent and the wind was calm, you have to pick up your team there and
put points on the board.

– Nothing special in the return game from either Ty Montgomery or Braxton Berrios.  But Berrios did have one decent punt return (15+ yards) that allowed the offense to start from the 50 on their second TD drive.

– A mixed bag analyzing their performance.  They performed at a “Hall of Fame” level in the run game holding Barkley and the other backs to 23 yards on 17 carries.  But for the first 40 minutes of the game they were awful defending the pass.  Allowing Jones, Slayton and Tate to
look like Bradshaw, Swann and Stallworth.  But in the last 20 minutes of the game things turned dramatically, in that period Jones was held to 8/16 for 53 yards and three sacks.  Smart adjustments by Gregg Williams as he threw zone coverage at Jones that looked like man which caused
confusion and allowed the pass rush to get home.

– Very poor game by Nate Hairston, to the point where he was benched in the second quarter.  He was either getting beat in coverage, blowing an assigment or causing a penalty.  Hopefully he can recover because they need young CB’s for 2020.

– Hairston’s awful day led to the debut of Bless Austin and he was impressive.  He defended two passes, almost had an INT and showed good run support with 3 tackles.  Playing for the first time since blowing out his ACL at Rutgers he showed tons of promise.

– Jamal Adams stopped pouting and had a “Troy Polamalu” performance (9 tackles, 2 sacks, 2 QB Hits, 1 jump over the OLine & 1 TD).  On his TD he “punked” Barkley when he tried to block him and totally dismissed Jones as he pulled the ball away from him.  Nice bounce back performance but if someone offers Joe Douglas what he wants in the off season I would still trade him. Our priority must be OLine, pass rush and CB for 2020

– The OLine as usual had no push and opened no holes in the run game but they were servicable in pass protection.  With Kelvin Beachum back at LT Chuma Edoga went back to RT and performed much better.  I want to see more but it seems like Edoga may only be comfortable on the right side.

– Excellent games by Jamison Crowder (5 recs, 81 yds, 1 TD) and Demaryius Thomas (6 recs, 84 yds).  When Thomas was picked up I wondered how much he had left in the tank but I’ve been impressed with his performance.  I wouldn’t mind if he was a #4 WR on the team next year.

– Solid game by Sam Darnold (19/30 230 yds, 2 TD) as he was in control and finally didn’t turn the ball over.  Displayed his “off script” ability as NYG brought pressure but he was able to find receivers down field as the play broke down.  I re-watched the flea flicker three times and think
Vyncint Smith broke too much to the sideline which caused the incompletion. No matter who messed up it was an awful missed opportunity which this team can’t afford.  Darnold has to build on this over the next seven games, he’s got to make the “regression” talk disappear.

– Finally, an awful look on the sideline when the Jets challenged two plays late in the game.  Why is Dowell Loggains throwing the flag and talking to the refs?  Adam Gase needs to be doing that, he can’t look subservient to an assistant coach.