Weeks ago, FS1 Sports’ Skip Bayless dropped the ultimate conspiracy theory. Bayless described the Dallas Cowboys 25-3 loss to the Washington Football Team as a “nightmare.” Bayless tweeted the line when the Cowboys found themselves trailing 15-3. The game was never close and the Cowboys were outplayed in virtually every aspect of the game.

Bayless, who is well-known as a Cowboys fan, was so frustrated that he was thinking about ways the Cowboys could land Clemson’s Trevor Lawrence. Flash forward to the present, the New York Jets remain in the best position to snag Lawrence with the No. 1 overall pick in the 2021 NFL Draft. However, are there any teams that have the ability to take Lawrence away.

Remember when the Jaguars opened up the season 1-0? That seems like forever ago as the Jaguars are in the midst of a 10-game losing streak. Right now, the Jaguars should want to lose every game. Caesars Sportsbooks, among other oddsmakers, see’s Lawrence as the next Andrew Luck. The Jaguars are not going to contend with Gardner Minshew, Jake Luton, or Mike Glennon.

Outside of the 0-11 Jets, the Jags own the best chance to lose their final five games of the season. The Jaguars still have to play the Vikings, Titans, Ravens, Bears, and Colts to close out the season. All five teams are playing for playoff berths. These final five weeks could be ugly, but it would be worth it if the Jets win a game and the Jaguars could jump New York for the No. 1 overall pick. 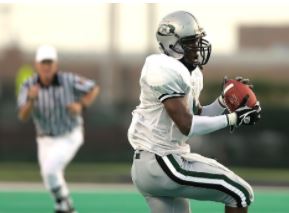 The Bengals have the third-worst record in the league, but for those outside of Cincy, you can relax. If you are in the New Jersey sports betting area, your conquest for Lawrence is safe. Here’s why. For starters, the Bengals drafted Joe Burrow with the No. 1 overall pick in this year’s draft. Before Burrow tore his ACL and MCL, he was playing pretty well for a rookie. As a whole, the Bengals are not very good.

Cincy has seen Joe Mixon injured more times than ever in his career. The offensive line needs work, while AJ Green is past his prime. The defense is one of the worst in the league and has holes on multiple fronts. The Bengals are a two-year rebuilding project, but they would not lose out and draft Lawrence when there are clearly other holes to fill.

This is a stretch for many reasons. The Cowboys are 3-8 on the season and it would require a lot to jump the three other teams for the No. 1 overall pick. The Cowboys are in an interesting predicament with Dak Prescott playing on the franchise tag. Dak has been out for the season with a torn ACL. With the Cowboys mum on their commitment after this season, the idea of landing or trading up for Lawrence is interesting. While it is unlikely to happen, it’s something to think about.