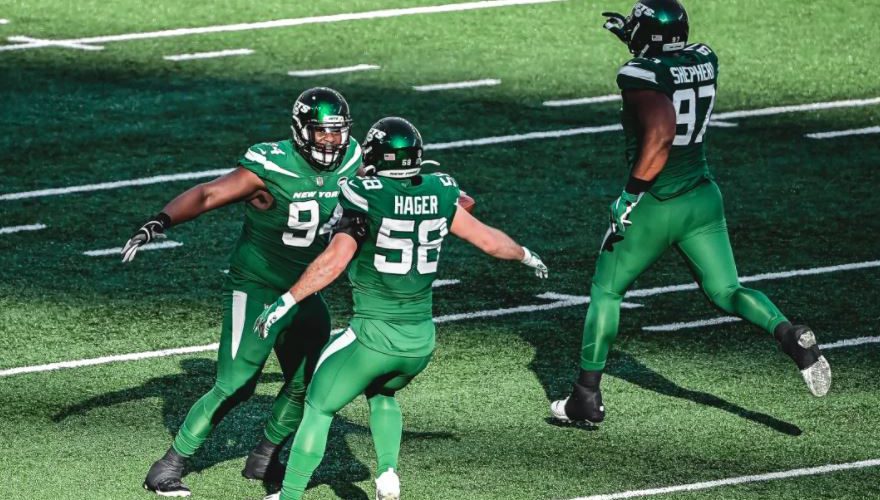 Who saw this win coming? Back to back wins against two playoff teams after 13 straight losses? I was furious after the Los Angeles Rams game as it cost them the #1 spot and a shot at Trevor Lawrence.  This week I’m actually proud of the effort, fight and enthusiasm of the team as they beat the Cleveland Browns.  This changes nothing about Adam Gase being fired after the New England Patriots game.  And please no stupid articles from the media about these wins saving his job.  Now let’s take a look:

– Let’s deal with the elephant in the room, the Jets caught a huge break with the majority of CLE WR’s being ruled out Saturday night. CLE offense was operating in a very narrow box with no vertical threat making it easier for a young secondary.

– Fantastic job by the rush defense as they held a potent CLE running game to 18 rushes for 45 yards.

– The following DLinemen stepped up big time to control the line of scrimmage:

No one knows who the next DC will be but those three with a returning Quinnen Williams gives him a strong corps of DT’s.  Add in a couple of edge rushers and we may actually have a pass rush next year.

– Good game by Tarell Basham with 5 Tkls, Sack, 3 QB Hits and a key 4th down stop on Mayfield to seal the game.

– I have no idea if he’ll stick next year but Arthur Maulet has been noticeable as a coverage safety.  Today he had 5 Tkls but more importantly 3 Passes Defensed as he covered the middle of the field.

– Jamison Crowder was the offensive star of the game as he caught 7 balls for 92 yards and a TD.  In addition he was perfect as a QB going 1/1 for 43 yards and a TD.

– Braxton Berrios showed up with 3 catches for 60 yards the TD from Crowder.

– Mekhi Becton’s game today was a step down from last week’s effort against Aaron Donald.  Myles Garrett got him for a sack and a pressure.

– Sam Darnold was average again going 16/32 for 175 yards and 2 TD.  His best stat was a zero under the turnover column.  But think about this, for an entire game he had 2 targets to Denzel Mims for 0 catches and 6 targets to Breshad Perriman for 0 catches.  That’s unacceptable, we’ve gone through an entire season and I still don’t know what Darnold is, unbelievable.

– With our QB spot still up in the air next Friday’s Clemson/Ohio St game is going to be huge for evaluating Justin Fields.  Can he demonstrate better pocket awareness than he did in the final two games of Ohio St season