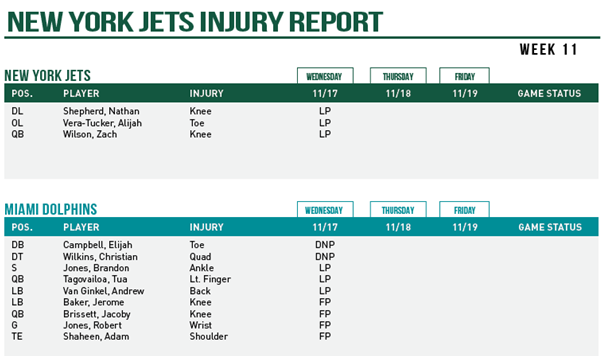 As we mentioned earlier, Joe Flacco will start on Sunday as Zach Wilson is still not 100% after his knee injury. Here is the official update from Robert Saleh.

The status of Denzel Mims doesn’t seem as clear right now. Saleh said that he is still in COVID protocol, and he feeling good but they need him to test negative a few times.  He didn’t know if Mims was symptom free.

The injury list isn’t too long right now but the Jets did make several roster moves earlier this week.