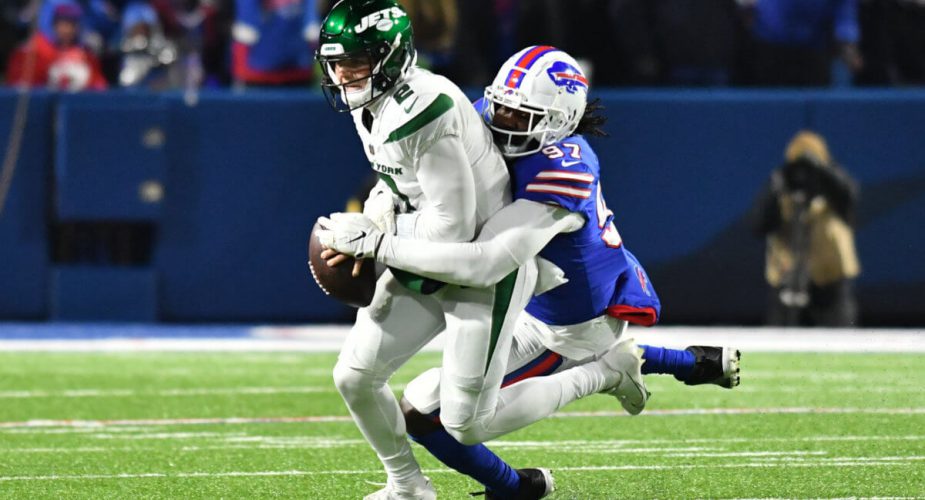 An appropriate ending to a terrible season.  The beleaguered New York Jets made their way up to Buffalo where the Bills blew the Jets doors off by a final score of 27-10.

Injuries before and during the game left Zach Wilson with a group of receivers that consisted of Denzel Mims, Tyrik Black and DJ Montgomery.  This, while working behind an offensive line that allowed Buffalo to sack Wilson 8 times to go along with more than 20 quarterback hits.

Keelan Cole would haul in the only score of the day as the offense put up just 53 yards to close out a season that saw their defense surrender over 500 points for the first time in franchise history.

On  Positive note, Wilson finished the season with 157 consecutive pass attempts without an interception.