Steve Serby of the NY Post has a Q&A with Jason Taylor of the New York Jets.  Taylor was asked 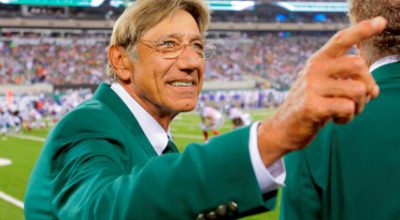 By Tyson Rauch – Examiner.com The New York Jets were the “champions of the offseason” after making several high-profile moves

Rich Cimini sheds some light on the Darrelle Revis contract situation for ESPN NY. There is a little-known rule in

While we are in the middle of enjoying our summer, the New York Jets are enjoying their last few weeks

Jets Ready to take Over the AFC East

by D.S. Williamson Courtesy BetUs.com At the NFL betting odds of +140 to win the division, the Jets are slight

Congratulations To The Tomlinsons

NBC San Diego has a story about LaDainian Tomlinson and his wife, they had their first child this past week.

Right before mini-camp Jason Davis was interviewed by Mouthpiece Sports Buzz.  Jason Davis is a full back for the New