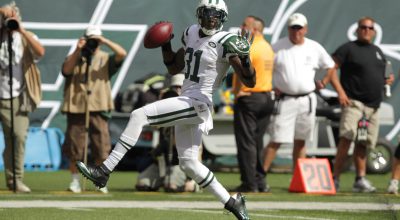 The Monday After Drill

When you are a football player, the only place you really want to be is on the field.  Offseason contract

Rookie mini-camp took place last week, coaches and players, new and old are back in their facilities, and football fans

By Rick Allen
7th, May

Upon hearing he was drafted in the 3rd round by the New York Jets, Demario Davis was quoted as saying

By Rick Allen
1st, May

Confessions Of A Tebow Hater

I am by nature an extremely passionate sports fan.  The kind of fan who often can’t distinguish the difference between

I love Joe Namath.  In fact, he is the single reason I became a Jets fan.  Usually I appreciate his

Only Woody Should be Sweating 2012

The Coward Of The Bounty

What Is Sanchez Really Missing?

It’s no easy task being a New York Jets fan. I am not even sure I can effectively articulate what

I Like Rex Ryan.  But there were times during this year’s disappointing campaign that I wasn’t sure I did.  His