Jets head coach Adam Gase met with the media prior to kicking off the team’s 3-day mini camp and said [...] 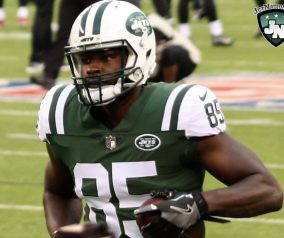 Continuing to add depth their roster, the New York Jets have re-signed outside linebacker Brandon Copeland and tight end Neal [...]

With the Jets hosting the Broncos this Sunday at 1pm on CBS, let’s take a look at the final injury [...]