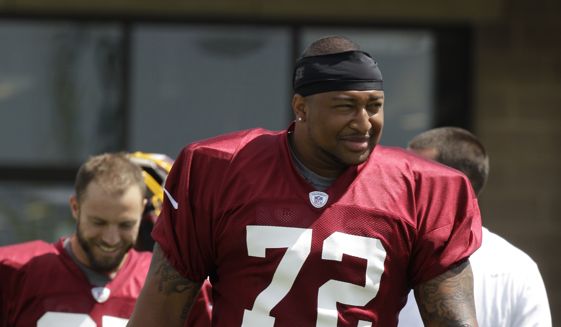 Per his personal instagram account, Washington Redskins free agent defensive lineman Stephen Bowen has come to terms on a new contract with the New York Jets.  Terms of the deal are unknown at this time.

Bowen, a nine year veteran has spent each of the last four years in Washington with the Redskins after playing his first five seasons as a member of the Dallas Cowboys.

An undrafted free agent, the 6′ 5”, 300 lb North Carolina native has logged 113 career games (56 starts), piling up 98 tackles and 12.5 sacks, with his most productive season coming in 2011 when he got to the quarterback six times in sixteen starts to go along with a career-high in tackles as well with 58.

No stranger to the trainers table of late, Bownen missed parts of 2014 on the Physically Unable to Perform List (PUP) during training camp and then through the opening weeks of the season.  That’s in addition to missing a large chunk of the 2013 season after suffering a right PCL tear in week 7.  In all, Bowen has been limited to 18 contests over the past two seasons.  Prior to that, he had taken part in no fewer than fourteen games between 2007-2012.

Bowen is no stranger to the New York/New Jersey area having played his college football at Hofstra University where he totaled 168 tackles and 11.5 sacks.