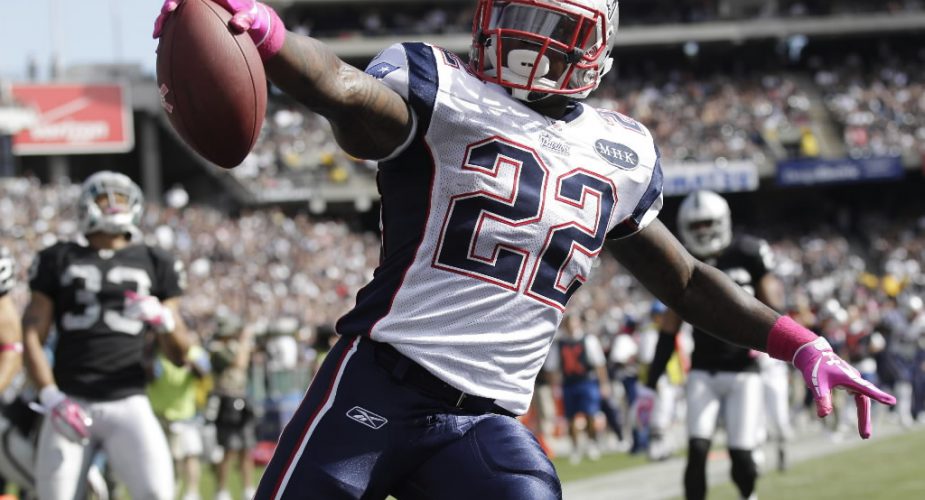 Following days of rumors and speculation regarding his final landing spot, former Patriots running back Steven Ridley has agreed to terms with the New York Jets.  Terms of the deal are unknown at this time.

Ridley was selected in the third round of the 2011 draft by New England before spending  three and a half up and down seasons in Foxboro prior to suffering season-ending ACL and MCL tears last season.

Having rushed for just over 200 yards through his first two collegiate seasons, Ridley made a name for himself as a Junior at Louisiana State when he carried the ball 249 times for 1,147 yards and finished fourth in the country with fifteen touchdowns.

Following a rookie season in which the 5′ 11′ 230 lb back played sparingly, Ridley got his shot as the number one back and he didn’t disappoint, finishing the season with 290 attempts for 1,263  yards and 12 touchdowns.  Ridley topped the 90 yard rushing mark six times that season but also had ball security issues as he fumbled a total of four times.

In 2013, four more fumbles on 100 fewer carries meant a reduced role as Ridley started only six games after getting the call twelve times the season before.  Even with the drop in carries, Ridley continued to be productive as he averaged 4.3 yards per attempt and appeared to have bounced back in 2014.

Through his first six games Ridley carried the ball 94 times without a fumble before going on injured reserve following the dual ACL/MCL tears in October.

While Ridley’s production in New England makes him a nice addition to the Jets backfield where he’ll share carries with Chris Ivory and Bilal Powell, his inability to catch the ball out of the backfield and lack of breakaway speed still leaves the Jets in need of an established dual-threat back.