The injury report is out and the Jets are looking healthier. You can debate how much that matters at the [...]

Another Concussion for Josh Martin

Todd Bowles confirmed that Josh Martin ended up with a concussion during the Jaguars game on Sunday. Yes, he did. [...]

After the Jets first loss of the season Sunday, Jets fans fell from orbit and returned to Earth. They remembered [...] 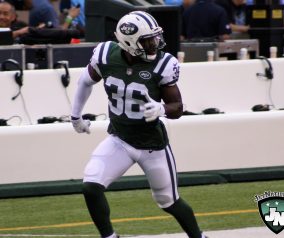 After their big win on Monday night football, the Jets will play the Dolphins this Sunday at 1pm. Since the [...]

Prior to their Monday Night Football meeting with the Detroit Lions, the Jets have released their final injury report leading [...]