With the NFL draft just two days away and so much attention focused on the names that will soon be [...] 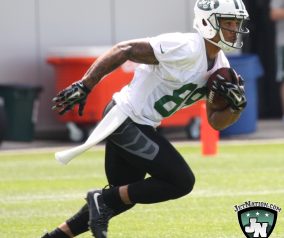 The Jets have parted ways with second-year wide receiver Jalin Marshall who had yet to play a snap this season [...]