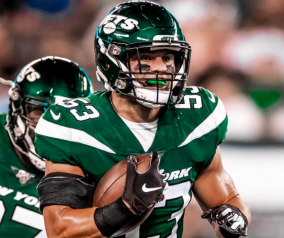 The NY Jets have announced that the placed linebacker Blake Cashman on injured reserve. Cashman (6-1, 237) was placed on injured [...]

Jets Counting on big Leap for Trio of Sophomore Starters

There’s a good chance that when the Jets kick off their 2020 season this Sunday against the Buffalo Bills that [...]

Jets Inside Linebackers Suffer yet Another Injury

The Jets will apparently be without the services of rookie linebacker Blake Cashman this Sunday as the Minnesota product suffered [...]

– Coming out party for Blake Cashman as he was everywhere all night. Displaying his speed in coverage, forcing a fumble [...] 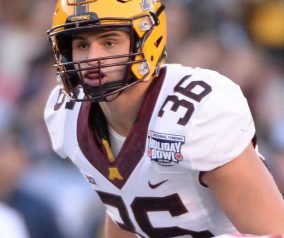 The Jets have announced that they have signed three of their 2019 draft picks. Cornerback Bless Austin, their 6th round [...]

The New York Jets wrapped up the three-day long NFL draft after coming away with arguably the top player in [...]

Draft grades are a funny thing, aren’t they?  An exercise in reviewing a team’s approach to some of their biggest [...]