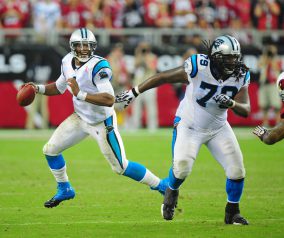 Newly acquired offensive tackle Jeff Otah has failed his physical (knee) and will begin training camp on the active physically-unable-to-perform [...]

The NFL has released the list of inactive players for the Jets \ Dolphins game today.  For the Jets, LB [...]

The final injury report for the New York Jets game against the Miami Dolphins lists running back Reggie Bush as [...]

The New York Jets are preparing to take on the NY Giants this Saturday and Rex Ryan provided this injury [...]

The final injury report for the New York Jets game is in and the news is pretty good for the [...]

Multiple sources are reporting that the knee injury that Jim Leonhard suffered today will end his season. janesports Jane McManus [...]